What to do if you have to take antibiotics 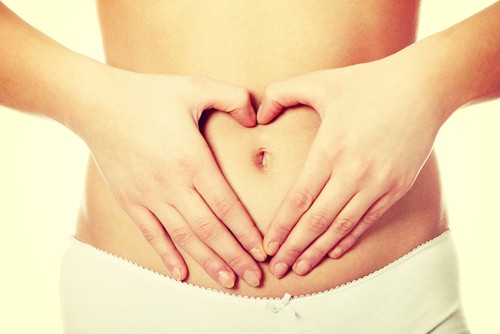 I recently came face to face with a hard decision to make. My 2-year old, (at the time) got a bullseye rash after we had been up in Ontario’s “cottage country” where ticks are known to reside. I took her to four – yes four – doctors but none could give me a definitive answer as to whether or not she may have been infected with Lyme disease. After a lot of debate, and a few tears, I decided to put her on a 21-day course of antibiotics. My rational here was that a course of antibiotics would be the lesser of two evils compared to Lyme disease. I still don’t know if I made the right decision, but I did what I thought was best and then I went about re-building her microbiome as best as possible.

If you ever have to make a decision like this for yourself or your children, or even if you simply have to take a shorter course of antibiotics, you need to take the steps that are necessary to rebuild your microbiome, and that’s why I’ve written this post – to help you do just that.

Between 2000 and 2010 global antibiotic use increased by 35%. The average American child will receive about seven courses of antibiotics before they turn eighteen – many for illnesses that don’t require antibiotic treatment. Ear infections are a great example.

Prophylactic use of antibiotics is also rife for conditions such as UTIs or for childbirth and dental procedures. They’re also prescribed for acne, (I had multiple rounds in my teenage years for acne), arthritis, and Crohn’s disease.

But the sad truth is, just one single five-day course of a broad-spectrum antibiotic, such as Ciprofloxacin, can suppress up to a third of your gut bacteria. Some good bacteria may come back to baseline levels but many may not. Antibiotics destroy not just the bad but also the good bacteria in your gut, causing a lot of collateral damage to the health of your microbiome, (which is not as easy to rebuild as you may think).

Taking antibiotics is never ideal, unless it is. What I mean by this is, if you don’t have a condition where it’s mandatory to take antibiotics you should think twice about taking them.

Antibiotics negatively shape the ecology of the gut microbiome in profound ways causing lasting negative changes to our gut bacteria. When your microbiome is messed with it can lead to something called dysbiosis. This is an imbalance of good and bad bacteria in your gut, where the bad guys out-number the good – and it’s a dangerous condition to have.

A dysbiotic gut may not perform vital functions such as nutrient supply, vitamin production, and protection from pathogens. Dysbiosis is also an ideal environment for harmful pathogens to enter, survive, and ultimately take-up residence. Additionally, dysbiosis reduces the functioning of your immune system, which can lead to immunological disorders, (80% of your immune system is located in your gut).

We really are reaching the end of the antibiotic era. One study reported that in 2015 antibiotic resistant pathogens were estimated to cause over 50,000 deaths a year in Europe and the USA. The toll is projected to rise to 10 million deaths per year worldwide by 2050!

An infection called Clostridium difficile, (C diff) is one of the most prevalent infections associated with antibiotic use. C diff is rife in hospital environments and in those who have been on chemotherapy. For the nerds out there: antibiotics deplete the bile acid-hydroxylating activity of Clostridium scindens, which is required for protection against C diff infection.

The number of deaths associated with C diff infection reaches 14,000 per year in the States. Infected patients typically – in conventional medicine – receive high-dose, extended treatment with various antibiotics, however up to 65% of patients relapse. You see, C diff is an antibiotic resistant bacteria – meaning it’s very hard to combat with antibiotics, (making the current conventional treatment kinda backward). One of the best ways you can combat C diff is with fecal transplants. C diff is also something that we can see on a GI Map.

Do probiotics help when you have to take antibiotics and when should you start taking them?

The short answer is: absolutely yes probiotics do help immensely if you have to take antibiotics and they should be an integral part of your therapy during and after your course of antibiotics.

There is a lot of evidence from randomized trials that show the efficacy of probiotics in preventing damage caused by taking antibiotics. One study showed that Amoxicillin-Clavulanate was associated with an increase of Escherichia – a pathogenic gram-negative bacteria, (not a good bacteria to have in your gut, which is also shown on the GI Map). However, when Saccharomyces boulardii, (a beneficial yeast) was administered together with Amoxicillin-Clavulanate, gut bacteria changes – including Escherichia overgrowth –  were lessened and antibiotic-associated diarrhea was prevented.

Yet another study showed administration of probiotics closer to the first dose of antibiotic reduces the risk of C diff infection by more than 50% in hospitalized adults.

What type of probiotic and how many CFUs (Colony Forming Units) should you look for?

Lactobacilli, Bifidobacteria, and Saccharomyces boulardii are three of the most well studied probiotics/yeast and in my opinion, all three should be part of your antibiotic defence.

Lactobacillus and Bifidobacterium species of bacteria have been shown to colonize the gut regardless of concurrent antibiotic use. Evidence suggests that Lactobacillus kefir strains available in fermented milk produce these things called S-layer proteins that combat C diff toxins. And Saccharomyces boulardii can make a protease capable of digesting C diff toxins.

Saccharomyces boulardii has also been used to treat antibiotic associated diarrhea for many decades. Eight of ten randomized controlled trials indicated statistically significant protection from antibiotic associated diarrhea in subjects taking this yeast, (it’s a beneficial yeast – not a probiotic), in comparison to controls. Saccharomyces boulardii may also be beneficial for the prevention of recurrent C diff infections. Some of the ways in which it does this is via interference with bacterial adhesion, inactivation of toxins and other virulence factors, and enhancement of mucosal immune function.

BioK+® is a good option. One study showed that when BioK was given within two – twelve hours following antibiotic administration, and continued for at least 30 days or until the course of antibiotic was finished, there was a 39% reduction in the rate of c diff cases, monitored over 10 years.

Another probiotic I suggest taking, especially after you've finished a round of antibiotics, is Innate Response Flora 200.

It’s not just about taking probiotics though

Taking probiotics isn’t enough when it comes to rebuilding your gut bacteria. You also want to consider your diet. What you eat has a very real and quick affect on your gut bacteria. What you want to do is consume a lot of polyphenols. The top 10 polyphenol-rich foods are: cloves, star anise, cacao powder, oregano, celery seed, chokeberry, dark chocolate, ground flax, elderberry, and chestnuts.

You also want to up your vegetable consumption. This is paramount. Ensure you’re consuming at least 8 servings of vegetables per day, (one serve is ½ C chopped veggies or cooked dark leafy greens or 1 C of raw greens). Vegetables feed the good bacteria in your gut and help to essentially “crowd out” the bad guys.

Fermented foods are also a great idea as is consuming bone broth.