VITAMIN D: DO WE NEED TO RETHINK SUPPLEMENTING STRATEGIES? 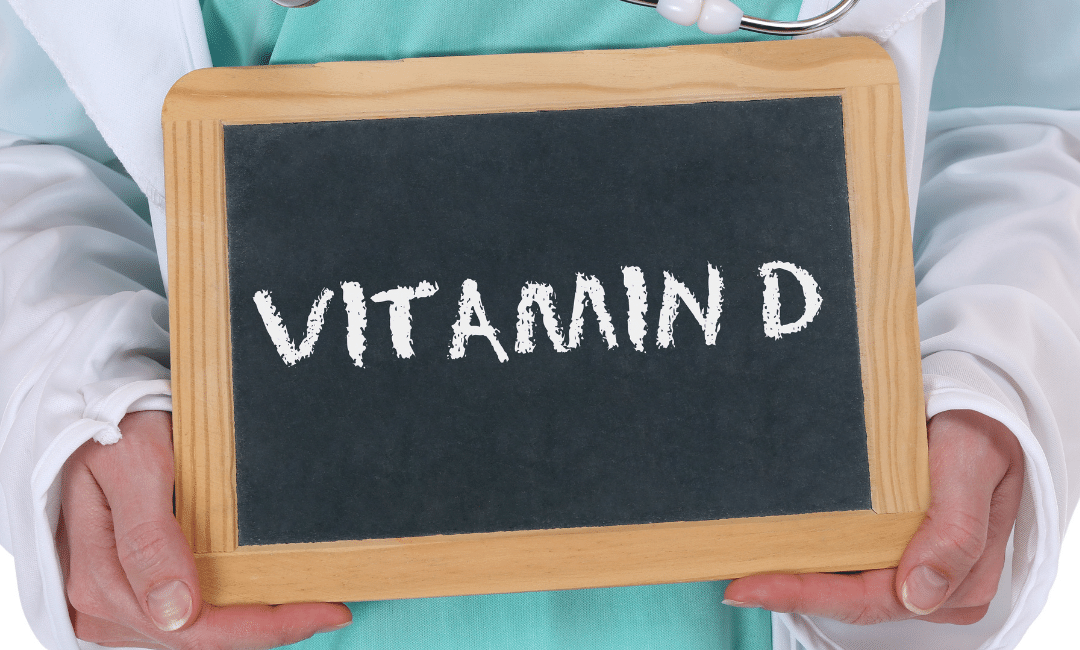 We continue to hear of the remarkable benefits of vitamin D but often the wellness industry runs with ideas without fully investigating them. When it comes to vitamin D it’s time we sat up and took notice of research that is trying to sound the alarm on the over-supplementation of this potent immunosuppressant.

Have you ever wondered why every man and his dog seem to be deficient in vitamin D? Even those who take vitamin D or spend ample time in the sun? And why – if vitamin D is the miracle “cure-all” we’ve been led to believe it is – are chronic disease rates on the rise when everyone is supplementing with this magic pill?

I urge you to settle in for this post. I’ve tried to simplify the research as much as possible but this is important.

Yes, we’ve all heard of the studies suggesting that low vitamin D is a reason for the chronic disease but this connection has never actually been elucidated.

What has been elucidated is that low vitamin D is a consequence not a cause of chronic disease.

The body is lowering vitamin D for a reason – and the body is way smarter than we are. So what are some of these reasons so we can start looking at the root cause of your low vitamin D levels instead of throwing a supplement at the issue, which may make things worse?  (But also – is your “low” vitamin D level even low in the first place? More on the inflated reference ranges to come).

There's a mineral loss progression that occurs that will have the body purposefully lowering vitamin D.  In short, if you don't pay attention to your mineral status, you may be trying to increase your vitamin D levels when your body is purposefully trying to decrease them – ​to protect you.

Taking vitamin D can put your thyroid at risk because vitamin D increases the absorption of calcium in the body. This can lead to the calcification of soft tissue, which contributes to cellular hypothyroidism. Soft tissue calcification also leads to atherosclerosis.

​Vitamin D isn’t a vitamin at all. It’s what’s known as a secosteroid – it’s a steroid hormone. In fact, it’s the most potent steroid hormone in the human body when in its active form, 1,25,OH,D, (your doc won’t test for this, but this is a very important marker  – more on the two different forms of vitamin D in a moment).

As a steroid, vitamin D is immunosuppressive and works like the steroid drug prednisone: to suppress inflammation and the immune system.

In the review: Vitamin D: The alternative hypothesis, ​it's stated: “…corticosteroid Prednisone may temporarily reduce symptoms of disease, but long-term use dramatically increases the odds of disease relapse. This finding, as we will see, may be true for the secosteroid 25-D…” .​

And in the Iowa Women’s Health study, vitamin D intake protected against breast cancer for the first 5 years but the effects began to reverse between year 5 and year 10 and was completely lost after year 10, even trending toward an opposite effect.

Another study found atopy and allergic rhinitis were higher in 31-year-old subjects whose parents gave them vitamin D as infants and children.

But haven’t studies concluded that a deficiency in vitamin D goes hand in hand with chronic disease states?

Many studies have concluded that a deficiency of vitamin D often goes hand in hand with disease states such as cancer and autoimmunity. But studies, including systemic reviews, have failed to show that vitamin D supplementation is helpful in these conditions long-term.

From the paper Inflammation and Vitamin D: The Infection Connection, when the immune system is suppressed, such as with supplemental vitamin D, (an immunosuppressant) “… clinical disease markers and symptoms are reduced but immunosuppression does not address an underlying cause of persistent bacteria, thus relapse is common…”.

Researchers are starting to point out that low vitamin D is likely due to the disease process itself and the drop in inflammation that’s often seen from vitamin D supplementation is due to slowing of the immune function.

It’s little wonder to me that almost everyone is “low” in vitamin D and we also have an epidemic of chronic disease and inflammation occurring in the western world.

From Vitamin D The Alternate Hypothesis: “…low levels of 25-D in patients with autoimmune disease are a result rather than a cause of the disease process. Secondly, the reduction in inflammation, clinical disease markers, and disease symptoms in patients taking supplemental vitamin D result from temporary suppression of the innate immune response”.

Indeed, vitamin D is what’s called a negative acute phase reactant: 25, OH, D decreases during inflammation. Again, inflammation is a big reason why so many – every man and his dog – are “deficient” in vitamin D.

But another issue presents itself: most doctors – even functional medicine practitioners – are only testing 25,OH,D when they should also be testing the active form of vitamin D: 1,25,OH,D.

We get D2 from plants and D3 from meat and sunlight. These forms of vitamin D go through a process called hydroxylation in the liver to become the steroid hormone: 25-hydroxyvitamin-D (25-OH-D). This is what your doctor tests. However, it doesn’t stop there.

We have an enzyme called 1-alpha-hydroxylase, which then hydroxylates 25,OH,D into 1,25,OH,D, (a form your doc likely is NOT testing, which is a problem). 1,25,OH,D is the most biologically active form of vitamin D.  ​

1,25,OH D is elevated in those with inflammation or chronic disease. In this situation, Excess 1,25, OH, D is produced in an effort to up-regulate the VDR receptor, which results in lowered 25,OH,D (the one your doctor tests). Inflammatory cytokines activate the enzyme CYP27B1 which causes more 25,OH,D to be converted to 1,25,OH,D hence low 25,OH,D and elevated 1,25,OH,D. This increased 1,25,OH,D contributes to chronic inflammation and accompanying symptoms.

High levels of 1,25,OH,D are routinely found in those with autoimmunity and also Crohn’s disease.

You must be testing both 25,OH,D and 1,25,OH,D to get an accurate picture of what’s going on for you.

Not only does your doctor and functional medicine practitioner likely not look at both forms, but the studies that have been done – to determine that low vitamin D is a problem for “everyone” and low vitamin D a risk factor for chronic disease – fail to look at 1,25,D. This is terribly short-sighted.

To understand the potential issues with supplementing with vitamin D ​you also need to understand about the vitamin D receptor: VDR.

This receptor affects 913 genes that we currently know of, (but this number could be in the thousands – potentially 27,091 according to researchers at McGill University in Canada).

The VDR also controls the activity of our innate immune system. In fact, the vitamin D endocrine system regulates 3% of the human Genome – so the VDR receptor plays a ​huge​ role in our immune health, including the targeting of bacterial pathogens.

These bacteria produce proteins that also block the VDR receptor – so this is one of the reasons why your vitamin D levels may be low and you can't get them up: you may have bacteria that need to be addressed before that vitamin D will ever rise.

As the authors of one paper put it: “this seeming wellness is illusory. Without the innate immune system…. to keep L-form bacteria in check, the pathogen easily spreads to new cells, new tissues, and new organs”.

So killing bacteria linked to autoimmune states equals more symptoms in the short-term. Conversely, suppressing immune response equals fewer symptoms but more advanced disease in the long-term. You are essentially delaying the inevitable because at a certain point, reducing the immune response, (with an immunosuppressant such as vitamin D) becomes eclipsed by the advancing disease state.

According to the paper Inflammation and vitamin D the infection connection,  in the absence of disease, low 25, OH, D is normal. And this is another reason why testing not only 25, OH, D but also 1, 25, OH, D is of such critical importance. If 1, 25, OH, D is elevated we know we have an inflammation problem.

I know this is a bit controversial, and I don’t write about it to be controversial. These are important questions we need to start thinking about to be better health practitioners and healthier individuals. And to clarify, I’m not saying “never take vitamin D”. I’m saying, let’s be smarter than looking at one blood result and assuming throwing a supplement at the blood result is the best course of action. The body isn’t that simplistic.

When we work with clients inside The Hormone Balance Solution we always work to reduce inflammation, kill pathogens we may see on their GI Map stool tests, balance their minerals, support overall gut health (where inflammation stems from) and suggest getting outside into the sunlight every day, (not just for vitamin D exposure, there are many reasons to get outside daily).

“How much sunlight do I need for ample vitamin D production?” I hear you ask. According to the paper, Inflammation and vitamin D the infection connection, “It takes relatively little sunlight exposure to acquire adequate stores of vitamin D and few people wear enough clothes to prevent that from happening. Ten to 15 min of sunlight or daylight exposure to a small area of skin (e.g., the forearm or face, etc.) twice a week, without sunscreen, supplies all the vitamin D necessary for health…. ample opportunities exist to form vitamin D (and store it in the liver and fat for later use) from exposure to sunlight during the spring, summer, and fall months even in the far north latitudes.”

We never assume that one supplement is a cure-all inside The Hormone Balance Solution. There are no magic pills and health is always multifaceted. There is no “one” answer to your health symptoms. This is the beauty, as well as the frustration at times, that functional healthcare is. But there is no question that functional health is always a better solution than the “pill for your ill” healthcare we’ve come to know in the allopathic world.

If you’re finally ready to make changes in your health and rely on a trusted professional instead of DIY-ing your health, (which never gets you the results you seek because the human body is complex) then I invite you to read about The Hormone Balance Solution here and apply.